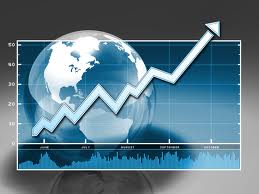 Here are five key things — a hardly all-inclusive list — that investors should watch for this year. All these things should be relevant to the stock price performances of the 3-D printing companies.

No 1: 3D Systems progress with Project Ara
Last November, 3D Systems, which is the largest (by revenue) publicly traded 3-D printer manufacturer, announced that it was teaming with Google’s Motorola unit on Project Ara. This project’s goal is to create a large-scale 3-D printing manufacturing platform capable of producing customizable open-source modular smartphones. (Google’s recently announced sale of Motorola to Lenovo doesn’t include Motorola’s advanced technology and projects group, which is the group working on this project.)

Given how fast things move in the tech world — and 3D Systems is especially known for its aggressive moves — it seems likely there will be some relevant news about this project in 2014. What I’m particularly waiting to learn is how 3D Systems obtains the electronics 3-D printing capabilities it absolutely needs to fulfill its end of this project’s mission. I speculated about two possible acquisitions or partnerships in this article.

No. 2: Stratasys’ expansion into metals
Stratasys, the second largest (by revenue), publicly traded 3-D printer manufacturer, doesn’t yet offer systems that possess metals printing capabilities. Given this hole in its portfolio, I’d be very surprised if Stratasys didn’t enter the metals space in 2014, either via an acquisition, or by developing the capabilities in-house.

Surely, the company’s top brass (excuse the pun) are well aware that 3-D printing in metals is a rapidly expanding space, and it’s one that the sector’s No. 2 player has to enter if it wants to remain competitive over the long term. Stratasys’ founder and chairman Scott Crump, in fact, has been quoted as saying the company is interested in expanding into metals. It’s likely just a matter of finding the right opportunity.

Prime competitor 3D Systems is relatively new to the metals printing space, as it just acquired metals printing capabilities when it bought Phenix Systems last summer. That said, 3D Systems has already rebranded several Phenix systems, and is competing for new business, as will be discussed next.

No. 3: Which companies make General Electric’s 3-D printing ramp-up cut
General Electric is already the world’s largest user of 3D printing technologies in metals, and it plans to invest “tens of millions” in the technology as part of its larger $3.5 billion investment in its aviation supply chain in the next five years. So, there is no doubt that GE’s actions should significantly shape the 3-D printing space going forward.

The ushering in of a higher-performance electric-vehicle age should increase the use of carbon-fiber-reinforced plastics. Notably, BMW’s i3 is the first mass-produced car made (partially) from this material; the car’s passenger cell is made of CFRP. BMW used CFRP because it has high tensile strength, high chemical resistance, and high temperature tolerance – characteristics that are a “must” for auto bodies – yet, it’s lightweight. The weight savings is needed to help compensate for the weight of the lithium-ion battery.

Another producer of traditional manufacturing machinery wants in on the 3-D printing machinery action: Cincinnati Inc. Just last week, Oak Ridge National Lab signed an agreement with this privately held, 115-year old metal-working company to develop an ultra-fast 3-D printer for the manufacturing industry. More specifically, the two entities plan to produce a 3-D printer that is 200-500 times faster, and capable of printing polymer components 10 times larger – up to about one cubic meter in size – than most of today’s 3-D printers.

William Dante, of the Association of 3D Printing agrees: “A printer like this would be a game changer in the manufacturing sector.”