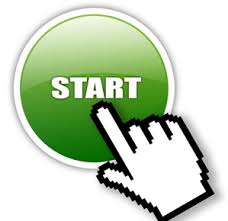 Here are 3 startups putting 3D printing to work, even though they aren’t start ups today! They helped found the 3d printing revolution.

Founded in 2007, Shapeways is a virtual 3D printing marketplace for making, buying and selling 3D-printed creations. Shop owners- or anyone else with a 3D-printable idea- can build a virtual model of their product and have it printed by Shapeways.

From sterling silver jewelry to the world’s tiniest Rubik’s cube, Shapeways has a host of beautiful- and weird- items for sale. When you order something from a shop, Shapeways prints it, ships it and compensates the shop owner.

This modern marketplace is popular with 3D enthusiasts all over the world and provides a great platform for designers that want to create innovative products or prototypes without spending all their money on manufacturing.

Arguably the trendiest name in 3D printing, Brooklyn-based MakerBot is a leading producers of desktop 3D printers. Anyone from engineers to hobbyists can purchase a MakerBot printer and get to work manufacturing their own creations. In fact, many of the other startups on this list put MakerBots to work in unique ways.

Founded in 2009, MakerBot is also a valuable resource for the 3D printing community. The company’s Thingiverse site is home to hundreds of free project downloads, providing an open-source platform for sharing ideas and designs.

Another startup making waves in the 3D printing world is Pirate 3D, a Palo Alto-based company with dreams of bringing 3D printers into everyones’ home office.
The company’s Buccaneer desktop 3D printer, which has raised nearly $1 million on Kickstarter, can print wirelessly from Android and iOS devices and is allegedly very user-friendly.
The Buccaneer is also very wallet-friendly, with an anticipated sale price of about $350. That’s a sixth of the price of MakerBot’s most recent desktop model, the Replicator 2.