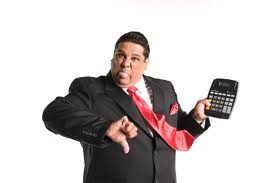 These are early days for 3D printing, it is common for companies in new fields to have high valuations justified by expectations that such companies will grow into their valuations.

The issue with 3D is that the earnings models of many of the popular gurus are just plain wrong. These companies have a “razor and blade” model. Bulls readily concede that over a period of time, printers will be commoditized and profit margins on printers will be razor thin.

Gurus’ earnings models assume high-margin materials and supplies sales. After all there is precedence; the likes of Hewlett Packard HPQ -1.07% generate most of their profits not on printer sales, but on ink sales to consumers.

In the case of 3D printing, broadly speaking, there are three segments: consumer, professional and industrial. In spite of the hype, I do not think 3D printers are not going to become a mainstream consumer appliance anytime in the next five years. Sales to the professional segment should boom quickly. An example is an architect printing a 3D model of his new design to show to a client. The total potential revenue in this segment is only a very small fraction of the total 3D sales projected by the bulls.

It is said that a vast majority of sales will be to the industrial segment. I think there are two ways gurus go wrong in their analysis of the industrial segment. First, they assume a high-margin supplies business. Such an assumption is a result of naivety about procurement practices in manufacturing. They are well intentioned, but they typically have financial backgrounds and no knowledge of how aggressively companies such as General Electric GE -0.59% and General Motors GM -4.11% squeeze their suppliers. The reality is that supplies will also rapidly become low-margin businesses.