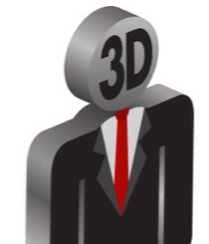 Posted by Bill Decker on Sep 3, 2014 in Uncategorized 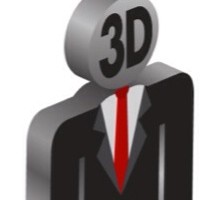 With so many incredible applications for 3D printing available, and the overwhelming amount of idle time the printers which are sitting in people’s offices, living rooms and garages see, one company called 3D Hubs has been on a mission to find a solution to this disconnect. 3D Hubs, utilizes the vast amount of idle time attributed to most 3D printers, to make them available to individuals who wish to have access to such a device, without the need of spending the big bucks in acquiring one. The 3D Hubs social platform allows those with 3D printers to earn a little cash, while providing a needed service to a global audience. Founded by two former 3D System’s employees, Bram de Zwart and Brian Garret, 3D Hubs was only launched last April. Despite their relatively short existence, the company has grown tremendously, faster than even the founders could have ever imagined.

In order to sustain their amazing growth, today the company announced a major capital injection via a Series-A financing round of $4.5 million.

“Just one year after launching 3D Hubs, we are excited to announce our $4.5M Series-A financing round, led by Balderton Capital,” stated the company. “We are proud to have top venture capital partners backing our mission to bring 3D printing to the masses. Mark Evans, General Partner at Balderton Capital, will join our two founders on the company board.”

Just how fast has 3D Hubs been growing? In under a year there have been over 30,000 completed prints via their network of worldwide 3D printers, now consisting of over 7,000 different machines, spanning 140 countries. Instead of 3D printing being accessible to the 200,000-300,000 people who are lucky enough to own a printer, the ability to fabricate custom objects is now within a 10 mile distance of over 1 billion people around the globe. When you think about it that way, the possible impact that 3D Hubs could have in a variety of industries is simply staggering.

As the technology behind 3D printers improve, and the number of applications that a 3D printer can be used for expands, the need for such services will continue to grow in an exponential fashion.

“We are developing new features that will make the experience of ordering a personalized 3D print similar to traditional e-commerce platforms,” said Brian Garret, Co-founder of 3D Hubs.

It will certainly be interesting to see how far 3D Hubs will take this concept, and if the growth trajectory will continue like it has. Clearly Balderton Capital and the other investors who got in on this round of financing believe it will. What will the 3D printing legal ramifications be?