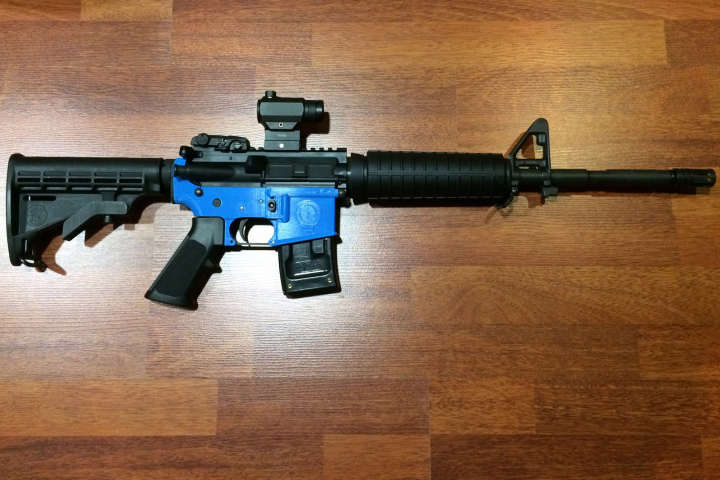 It takes $452 and just 24 hours to build a semi-automatic rifle that falls outside of law enforcement’s radar — thanks to modern technology.
Gilman Louie, a San Francisco venture capitalist who used to run the CIA’s venture arm In-Q-Tel, said he used a 3D printer to make part of an AR-15 that would normally come with a serial number.Louie got around the restrictions with the help of his Makerbot printer.
Such printers let people make three-dimensional objects from designs created with software. Aside from the Makerbot printer, which costs $2,000, making the AR-15 was relatively cheap. Louie used one to two dollars’ worth of plastic to print the gun part. After printing the piece, known as the lower receiver, Louie shelled out another $400 to $450 to complete the gun with unregulated parts he got from Amazon.com.

Within a week — and 24 hours’ worth of labor — he shot off more than 50 rounds. It was “not difficult at all,” he said. William Dante of the Association of 3D Printing, the 3D Printing Trade Association, feels that “the frightening and controversial issues in 3D Printing shouldn’t taint the whole industry.

The project is sure to raise eyebrows. “The idea of being able to produce any weapon on demand … it’s a dilemma,” he said.
Law enforcement issues notwithstanding, Louie and his San Francisco venture capital firm are in the process of finding 3D printing companies to invest in. The company, Alsop Louie Partners, aims to invest up to $5 million in a 3D printing start-up in the next six months, he said. The firm will look to invest more in the coming years. The 3D printing industry has become a lightning rod topic on Wall Street as shares of publicly traded 3D makers soar. The lofty stock prices have attracted short-sellers like hedge fund manager Whitney Tilson, who thinks the space — and especially shares of 3D Systems Corp. — is ripe for a tumble. Louie also thinks the industry is “crude and primitive,” and that current printers are still far off from becoming a household item. As much as 80 percent of the present industry will be dead in 10 years, he said.
But Louie thinks 3D printers are akin to the personal computer industry in the 1970s. The technology was crude and expensive back then, and yet it “changed all of our lives.”