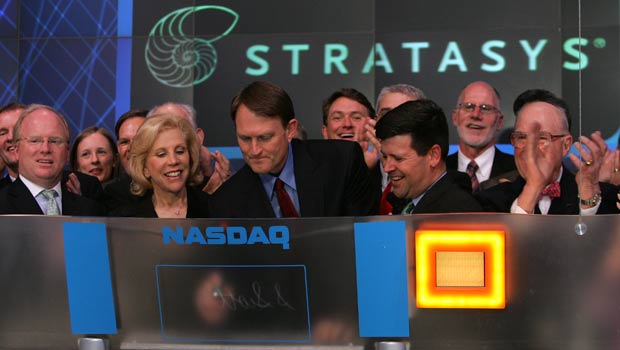 Posted by Bill Decker on Jun 9, 2014 in Business, Financing, Uncategorized

Well, and rumors have once again begun to pick back up. This morning several websites reported that there were takeover rumors spreading through the market. Also, RanSquwk sources noted unconfirmed takeover interest in Stratasys today. Active call volume on the stock also suggests that traders are taking positions for a large price movement in the future. Shares of Stratasys (NASDAQ:SSYS) hit a low for the day, at $90.41 per share at around 10:50 AM EST. Within a 30 minute period, shares spiked 3.4% to $93.49, as rumors began making their way to those trading the stock. This isn’t the first time these takeover rumors have happened.

Walmart has been a company whose name has been thrown around in regard to these latest rumors. Last week at the Code Conference their CEO, Doug McMillon was quoted as saying the following, regarding possible acquisitions. (Note that these comments were made within minutes of McMillon stating that he was very interested in 3D printing.)

“It’s clear we need to change, and we need to change fast,” said Mr. McMillon.“We’ve been more acquisitive lately, especially for talent. Our pace of acquisitions, I think, is going to accelerate.” William Dante, at the Association of 3D Printing feels that there are “many takeover opportunities right now because the large players are coming in and being financed by the capital markets.”

When asked specifically if any of these acquisitions would be related to 3D printing, McMillon’s reply was, “it might make sense.”