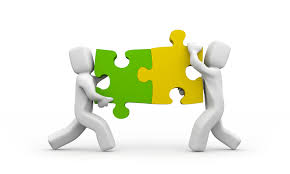 Stratasys, has acquired GrabCAD. GrabCAD is a Cambridge, Massachusetts based startup that created collaborative product development software for engineering teams to manage and share CAD files. The terms of the all-cash deal were undisclosed, but TechCrunch is reporting that it is worth about $100 million.

This deal was competitive because GrabCAD had been in sale discussions with a number of suitors, which may have included Autodesk ADSK +1.01% and Adobe. GrabCAD co-founder and CEO Hardi Meybaum will remain as head of the company and it will be run as a separate operation under the Stratasys Global Products and Technology Group.

GrabCAD was one out of twelve companies that participated in the TechStars Boston accelerator program in 2011. Prior to the acquisition, GrabCAD raised a total of about $13.6 million in funding from investors. Some of GrabCAD’s investors include NextView Ventures, Charles River Ventures, Matrix Partners, Atlas Venture, Seedcamp, David Sacks, Angus Davis and Alex Ott.